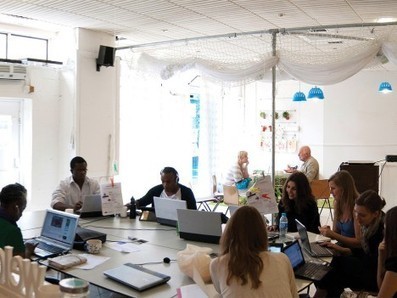 Coworking is based on cooperation. The topic is explored in depth in a recent book ‘Together’ from American sociologist Richard Sennett. But not all forms of cooperation stand for coworking or provide benefits for everyone. We look at what types of collaboration he distinguishes for us, taken from a section of his book. Those who desire more insight into the future of collaborations and those who want to learn more about the future of work, would be encouraged to attend the Work in Progress conference Hamburg, at the end of this month.
See on www.deskmag.com 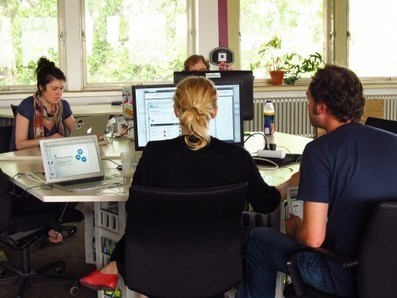 Herkenbaar en to the point

A grassroots movement for economic democracy based on cooperatives and local economies is quickly growing throughout the planet. After Capitalism, inspired by P.R. Sarkar’s Progressive Utilization Theory, offers a compelling vision of an equitable, sustainable model which economically empowers individuals and communities. Filled with successful examples from six continents as well as many resources, activities and tools for activists, After Capitalism will fill you with hope and the conviction that a new, democratic economy is indeed possible.

“Friendsurance has a very unique and revolutionary approach to insurance. By using the power of social networks, your service is able to offer liability, legal and household insurance at a very low rate. Tim, how would you describe your business model in a few sentences?

Is more or less what I’ve described as a new economic banking system, based on social networks. 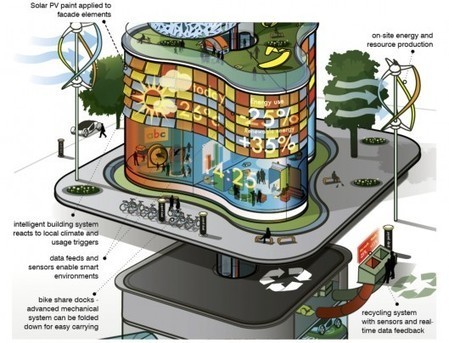 In the article entitled “It’s Alive,” the design team at engineering firm ARUP envision a city building in the year 2050 that includes flexible modular pods, urban agriculture, climate-conscious facades and intelligent building systems. ARUP hopes the proposal will ultimately answer the question, “As city living takes center stage, what will we come to expect from the design and function of urban structures and buildings?”.

ARUP’s futuristic skyscraper will be a “smart” building that will plug into a smart urban infrastructure, and cater to an expanding and technological society. By 2050, the global population will reach nine billion, 75% of which will live in cities. Significantly, this date will also mark a generation of adults that have lived their entire lives engaging with smart devices and materials. The design theory is that the population of 2050 is likely to be in constant flux, and therefore buildings and materials that surround this urban lifestyle must also be capable of evolution and change.

ARUP has imagined a building of the future that produces more than it consumes. Alongside the sustainable construction, the design will feature photovoltaic capability to capture and transmit energy using on-site fuel cells. In addition, energy will be harnessed from elevators or similar internal systems, along with wind turbines and algae-producing bio-fuel pods…

Thirty-two teams started the season. Sixteen NFC and sixteen AFC with each conference having four divisions–North, South, East, and West–with four teams each.

The goal for the season was the same for all 32 teams—reach the Superbowl, but only two made it. The consequence of losses along the way knocked out the other 30 teams who were relegated to armchair quarterbacks. Whether we like it or not, consequences come into play in all areas of life, and that’s one reason that accountability is so important.

In a recent blog, I began a discussion on accountability. This issue is so crucial in today’s workplace (and society in general) that I want to continue in the same vein. And in the weeks and months ahead, I’ll share a series of blogs on this subject including:

MIDWAY : trailer : a film by Chris Jordan from Midway on Vimeo.